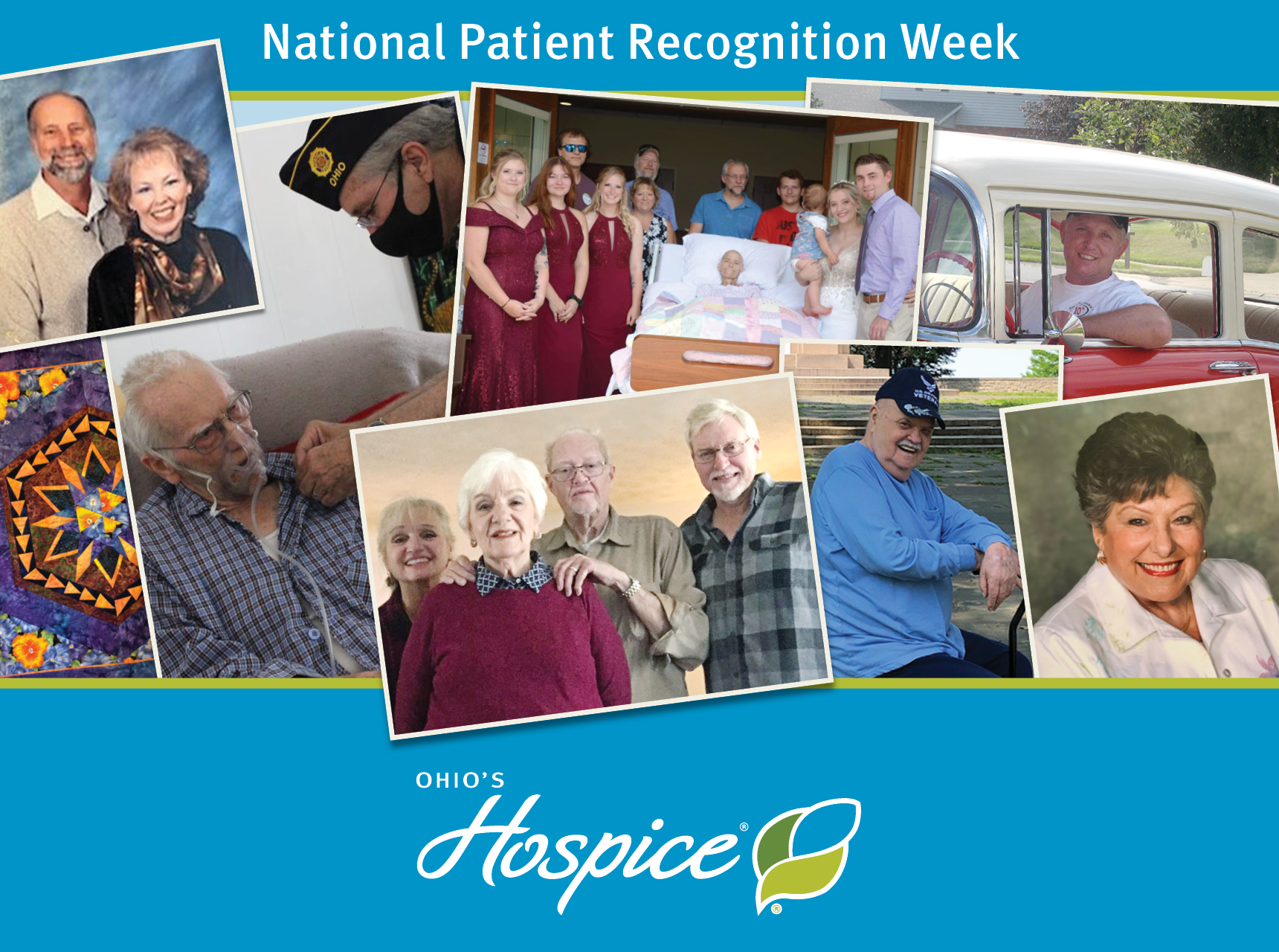 As we recognize our patients and their families during National Patient Recognition Week, we look back at how we’ve been honored and privileged to help as we continue Celebrating Life’s Stories® within our communities. The mission of Ohio’s Hospice is to celebrate the lives of those we have the privilege of serving by providing superior care and superior services to each patient and family. At each Ohio’s Hospice affiliate, the stories our patients share with us teach us about ourselves and our world each and every day.

After battling colorectal cancer for almost a year, Crystal Mackey’s doctors at University Hospitals in Cleveland encouraged her to seek hospice care at Ohio’s Hospice LifeCare in Wooster. Her one regret was that she would not live to see her daughter Courtney’s wedding ceremony. When her mother’s condition worsened, Courtney asked if she could get married in the inpatient care center so her mother could attend her wedding. With the help with the interdisciplinary care team, Courtney was able to plan a ceremony in the pavilion. Read Crystal’s full story here.

Ron Lundquist, a patient of Ohio’s Hospice of Butler & Warren Counties, was certified as a Braillist by the Library of Congress and volunteered as a transcriber until his health limited him. He was passionate about enriching his life with his skills of transcription and quilting and was also active with the Miami Valley Quilters Guild. Read more of Ron’s full story here.

When Ohio’s Hospice of Central Ohio patient Joe Spaugy was transported back to his home in Sidney, Ohio, his mother, Ruth Spaugy, who is in the care of Ohio’s Hospice of Miami County at the Ohio Living Dorothy Love community, wanted to have a final visit to say goodbye to her son. On the evening of his return home, Ruth was able to visit and say her final goodbyes before Joe passed three days later. Read the Spaugy family’s full story here.

Charles Hutchins, a patient of Ohio’s Hospice Loving Care, was recognized for his 34 years of service in the military, where he served as a chief master sergeant and superintendent of maintenance in the U.S. Air Force and Air National Guard. He was awarded an Air Force Commendation and National Defense Award for serving during conflict in the Korean War. Read Charles’ full story here.

Ohio’s Hospice of Fayette County patient Vanilla Stritenberger was a mother of three, grandmother of seven, and great-grandmother of 17. When her children were young, the family performed at local churches and traveled to sing in Michigan, Kentucky and Indiana, and recorded and produced a record, “The Stritenberger Family.” Read more of Vanilla’s story here.

Franklin Taylor, a patient of Ohio’s Hospice of Dayton, met his wife Brigitte while serving in the U.S. Air Force in Germany before settling in Dayton to raise their two children. Taylor served in the Air Force for more than 26 years and served another 20 years in civil service. He is remembered for how he was an impeccable sounding board for his loved ones and was able to spend more time at home with them thanks to the hospice care team. Read Franklin’s full story here.

Visiting the National Museum of the United States Air Force was high on the bucket list of Cecil Griffith, a patient of Ohio’s Community Mercy Hospice and a mechanic in the U.S. Air Force during the Korean War. When he met volunteer Maxine Shroyer, he mentioned his desire to go, and she offered to take him. Read more about Cecil and his bucket list visit here.

Ohio’s Hospice is thankful for the interdisciplinary care teams and volunteers who helped make these stories possible. Thank you for supporting our mission!