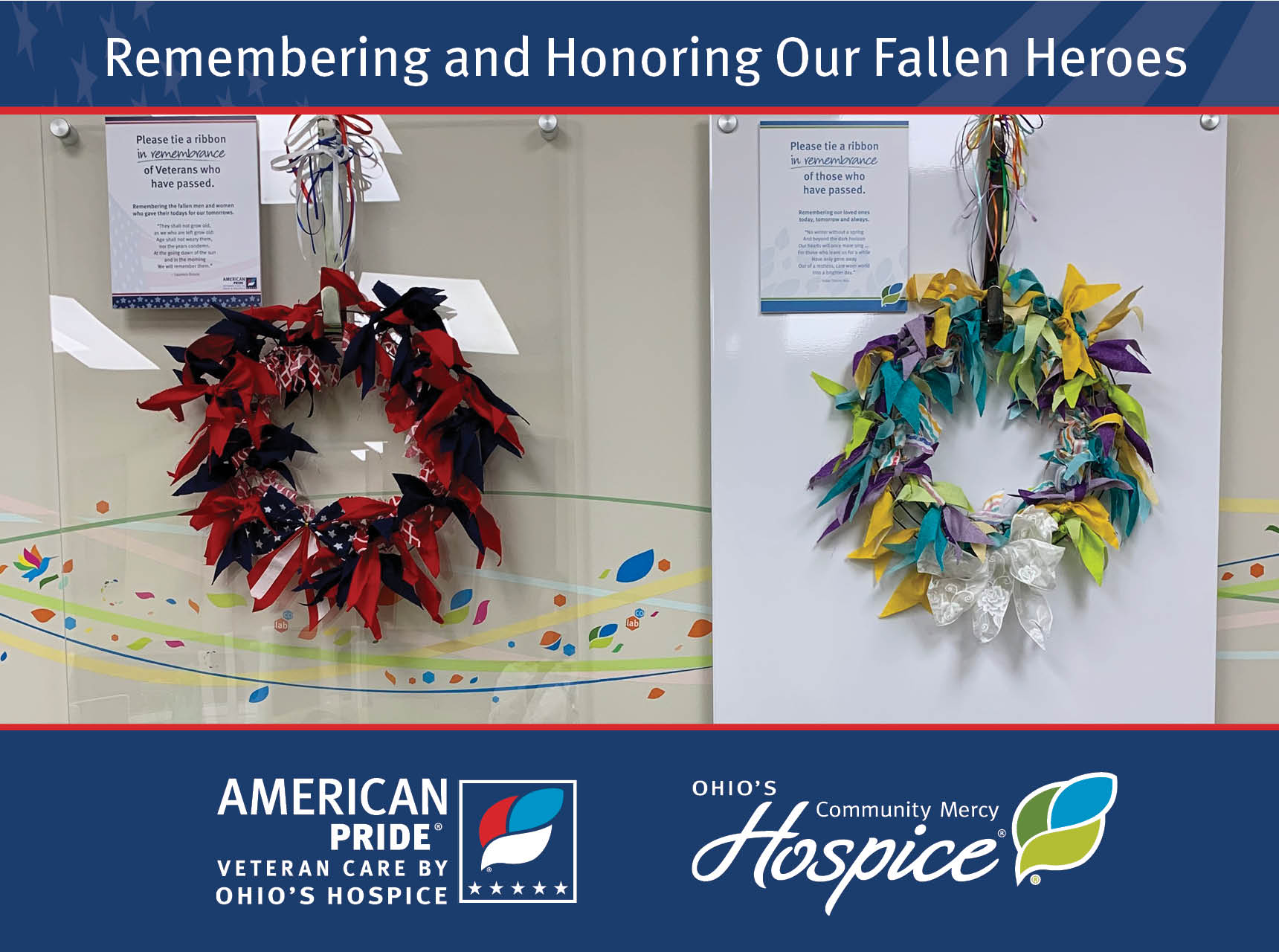 Ohio’s Community Mercy Hospice recently held a Memorial Day Tribute at its office to honor servicemen and servicewomen who made the ultimate sacrifice while serving our country.

Rita Whip, a volunteer, led the tribute with an inspiration reading recognizing those who have sacrificed their lives while serving the nation. The event also included a musical selection and the playing of the song, “Taps.”

“The tribute served as a way for us to express gratitude for those who have sacrificed their lives while serving in the military,” said Tami Clark, volunteer coordinator at Ohio’s Community Mercy Hospice. “It is important for us to reflect on the sacrifices made by so many U.S. military members to protect our freedom and keep us safe.”