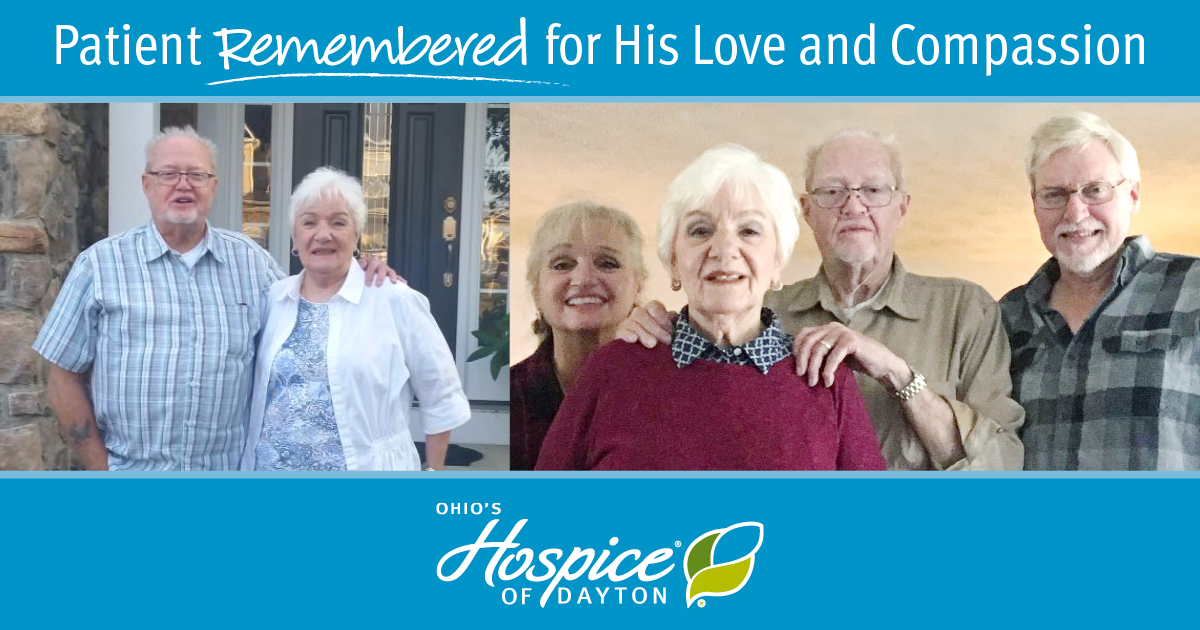 Franklin Taylor, a patient of Ohio’s Hospice of Dayton, met his wife Brigitte, in Germany while he was serving in the U.S. Air Force. They fell in love and married. During the early years of their 60-year marriage, they were stationed in several places but eventually settled in Dayton, Ohio, where Mr. Taylor was stationed at Wright-Patterson Air Force Base. They raised their two children, Lisbeth and Vernon, in Dayton.

After more than 26 years with the Air Force, Mr. Taylor retired as a senior master sergeant and then served another 20 years in the civil service. His family was his pride and joy. A compassionate man, he loved his wife, children, grandchildren, and great-grandchildren with all of his heart and would do anything for them.

After his health declined, he passed away on Dec. 29, 2019, and he is survived by his two children, four grandchildren and nine great-grandchildren. His family remembers how he loved to fish, work on cars, watch birds, go to the casino, and build computers. But most of all, they remember his love for his family.

His grandchildren recalled how he was as an impeccable sounding board for all of them. They could call him any time of any day and tell him what was on their mind. He would listen with love and patience.

They also remembered how kind he was. “His love for his family prevails, and his legacies will never be forgotten,” said Carrie Ferguson, a granddaughter of Mr. Taylor. “His pride and joy were his children and their children. He loved working on the family tree and all of the history behind it.”

Thanks to the care team at Ohio’s Hospice of Dayton, Mr. Taylor was able to spend more time at home with his family. His family appreciated the time they shared with him and are grateful for the care and support they received.

Mr. Taylor received hospice care from Ohio’s Hospice of Dayton at home for a few months before being transported to the Hospice House. Lisbeth, who lives in Winchester, Virginia, returned home to Dayton for several months to be with her parents during her father’s final months. Vernon traveled back and forth from his home in Indiana to spend quality time with his father.

As Mr. Taylor’s health declined, it became very hard for him. “The hospice nurses were very kind toward him and made him feel comfortable,” Mrs. Taylor said. “Every person from Ohio’s Hospice of Dayton who entered our home checked on him and talked to all of us about how we were doing.”

Mr. Taylor was loved and appreciated by his extended family. “My father was the best dad ever,” Lisbeth said. “I loved my father with all my heart and soul! He was so compassionate to others, and he loved animals. He loved his little dog, Girly. She always put a smile on his face.”

The family is grateful for the care he received from Ohio’s Hospice of Dayton. “The hospice team members were such compassionate people, and they brought humor to him which helped him a lot,” Lisbeth said. “One nurse in particular made him laugh every time she stopped by to check on him. She was always going out of her way to make him happy.”