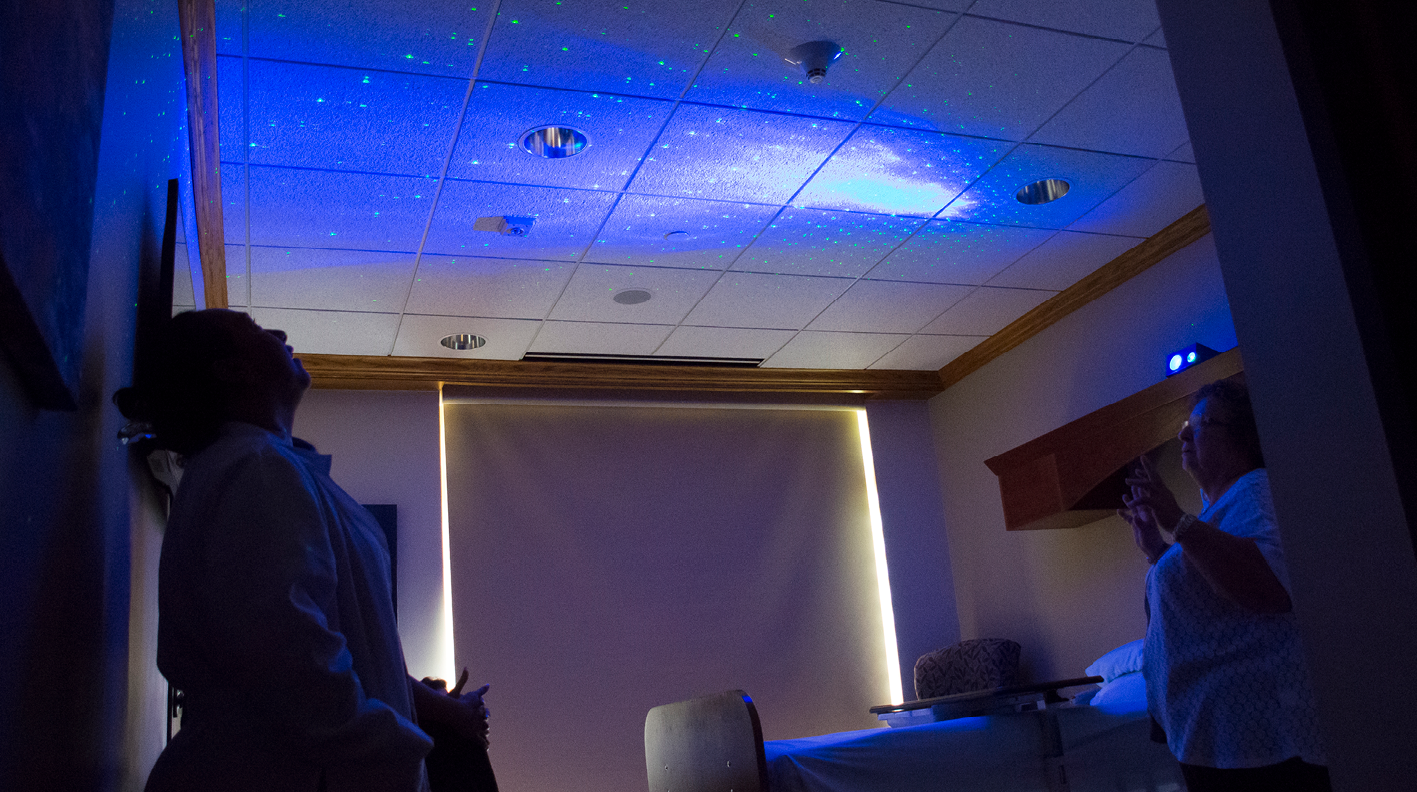 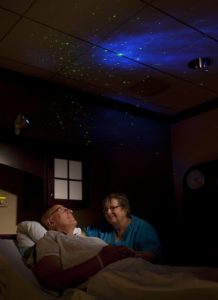 In 2010, Hospice House nurse Kathy Emerson at Ohio’s Hospice of Dayton proposed an experiment entitled “Star Therapy.” The purpose of this therapy was to help relieve the symptoms often experienced at the end-of-life. Starlight TherapyTM uses a projector to project images of stars and clouds, moving in slow motion, across the ceiling of a patient room. The therapy was introduced at the Dayton Hospice House. Positive patient responses were powerful enough to prompt a multi-site research study to assess the effectiveness of Starlight Therapy in addressing specific symptoms. This study lasted over a period of 3 years.

A total of 40 patients at Dayton’s Hospice House and Dayton Veteran’s Administration Medical Center participated in a Starlight Therapy study. Lights, TVs and radios were turned off and room-darkening shades were closed. A device was used to measure the light dosage as Starlight Therapy was conducted and the patient’s heart and respiratory rates were monitored. Additional measurement tools included the Assessing Distressing Symptoms STAR Symptom Scale and Questionnaire and an outcome measurement tool to collect data on changes in physiology, behavior and cognition. The impact of Starlight Therapy on agitation, anxiety, restlessness, pain, sleep and dyspnea were all assessed. Starlight Therapy was found to be effective in treating symptoms of anxiety, agitation, dyspnea, insomnia, pain and restlessness in 90 percent of the patients. Symptom relief was obtained within 30 minutes and was sustained for up to or greater than 2 hours. The therapy reduced the need for “as needed” medications, and decreased elevated heart and respiratory rates.

Starlight Therapy is now a standard option for treatment at Hospice House affiliates of Ohio’s Hospice. It is also used at Miami Valley Hospital, Children’s Medical Centers of Dayton and Cincinnati, as well as in the homes of Ohio’s Hospice home care patients. It is a proven, effective non-pharmacological intervention that benefits patients at the end-of-life. Additional study continues to determine other clinical applications in which Starlight Therapy might be a valuable tool.

The star projector is now 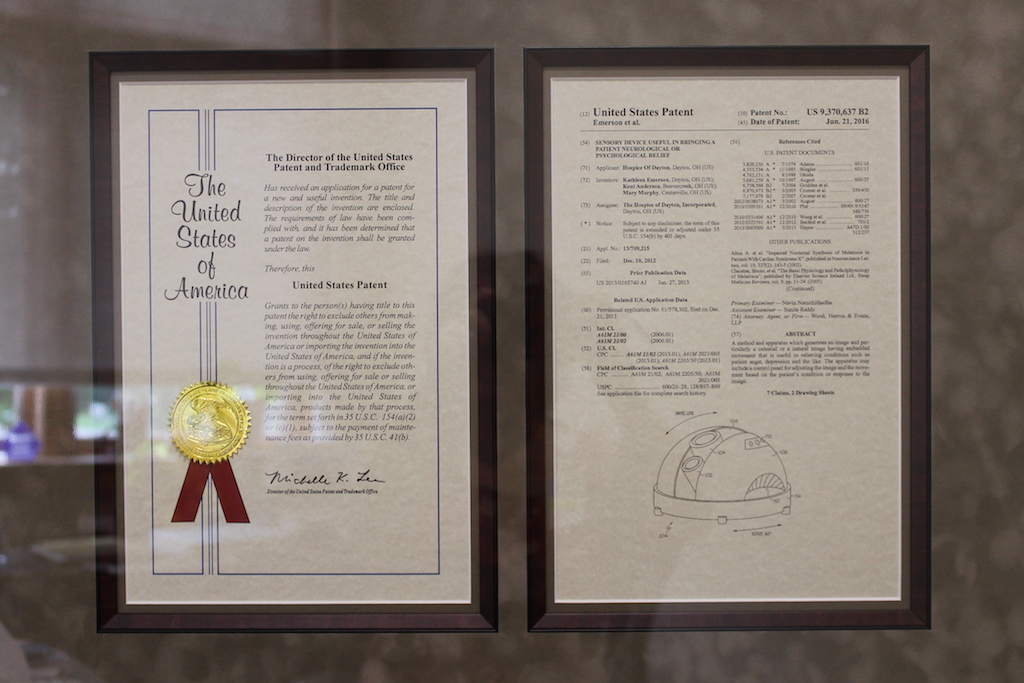 under patent and is manufactured/sold by Southpaw Industries of Dayton, Ohio as durable medical equipment. Star Therapy and the results of the study have been presented at Midwest Care Alliance, AAHPM/HPNA National Conference and HPNA Conference in Pittsburg. Star Therapy is the focus of a recent submission to the AAHPM/HPNA/NHPCO Virtual Conference. Kathy Emerson, LPN, CHPN, Mary Murphy,RN, MS, AOCN, ACHPN and Linda Quinlin,DNP, ACNS-BC, NP-C, ACHPN of Ohio’s Hospice, as well as a nurse researcher from Miami Valley Hospital of Dayton, are working together on an article that will, hopefully, soon be published in a national peer review magazine.