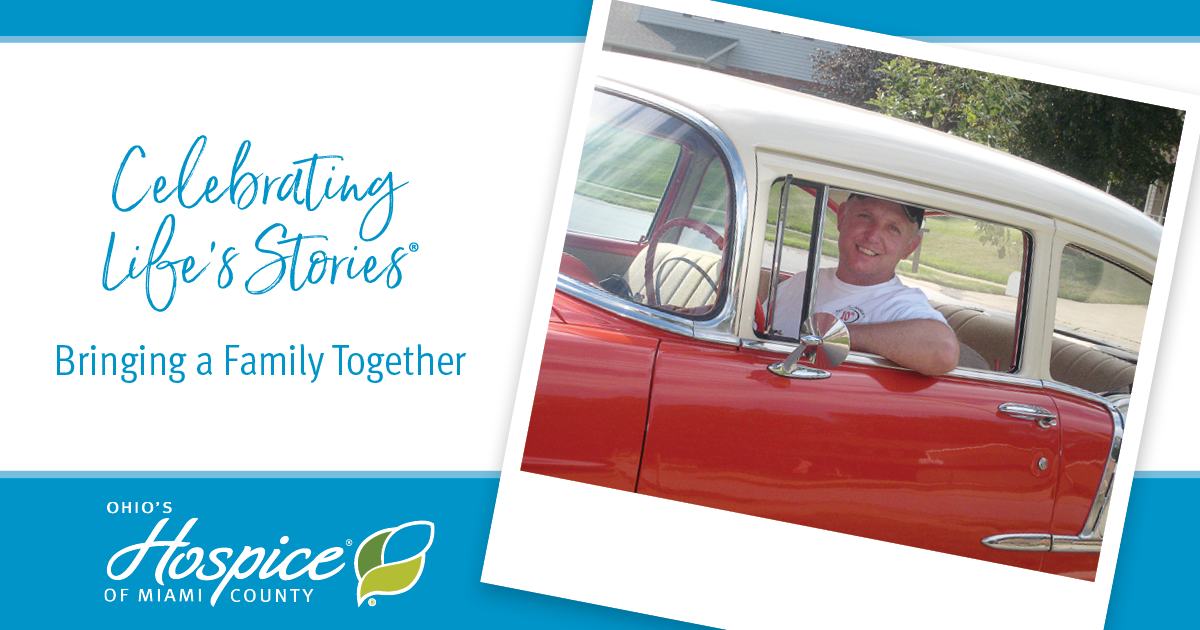 When Ohio’s Hospice of Central Ohio patient Joe Spaugy was transported back to his home in Sidney, Ohio, his mother, Ruth Spaugy, who is in the care of Ohio’s Hospice of Miami County at the Ohio Living Dorothy Love community, knew she wanted to have a final visit to say goodbye to her son.

Joe was an Ohio’s Hospice of Central Ohio patient at The Ohio State University Wexner Medical Center inpatient care center. After days in the inpatient care center, he was transported back home to live out his final days at home surrounded by family. On the evening that Joe returned home, Ohio’s Hospice of Miami County transported Ruth to Joe’s home so she could see him and say her final goodbyes.

Stephanie Rank, RN care manager at Ohio’s Hospice of Miami County and Ruth’s caregiver, accompanied Ruth to the visit at Joe’s home, his visitation, and his funeral.

“The staff at Dorothy Love dressed Ruth and packed a lunch for her while I curled her hair, and we attended the mass and went to the cemetery,” Rank said. “Ruth was able to see numerous friends and family members, including grandchildren and great-grandchildren she hadn’t seen in more than a year because of COVID-19 restrictions.”

Ruth’s attendance at the memorial brought peace to Joe’s family knowing she was able to see him and be there for his service.

“The transport visit meant so much to Ruth and me. I never believed any of it would have been possible and am extremely grateful for the care provided by Ohio’s Hospice of Miami County,” said Lisa Spaugy, Joe’s wife. “Joe was not able to verbalize, but he knew it was his mother holding his hand. He looked in her direction when she spoke to him. She was so grateful to see him. This truly meant a lot to myself and my children.”

Joe spent four years in the United States Army as an armor crewman. After serving his country, Joe had a long career in the baking industry, where he traveled the world diagnosing, repairing and consulting large baking companies. Joe and Lisa have three children.

Joe was Ruth’s youngest child of five children and her last living son. “They were very close, and Joe cared for and managed all of his mother’s care,” Lisa said. “The round-the-clock nursing care both of them received was exceptional and again something we never thought would have been available to us. “I highly recommend Ohio’s Hospice due to the compassionate and outstanding care they have provided to my family.”