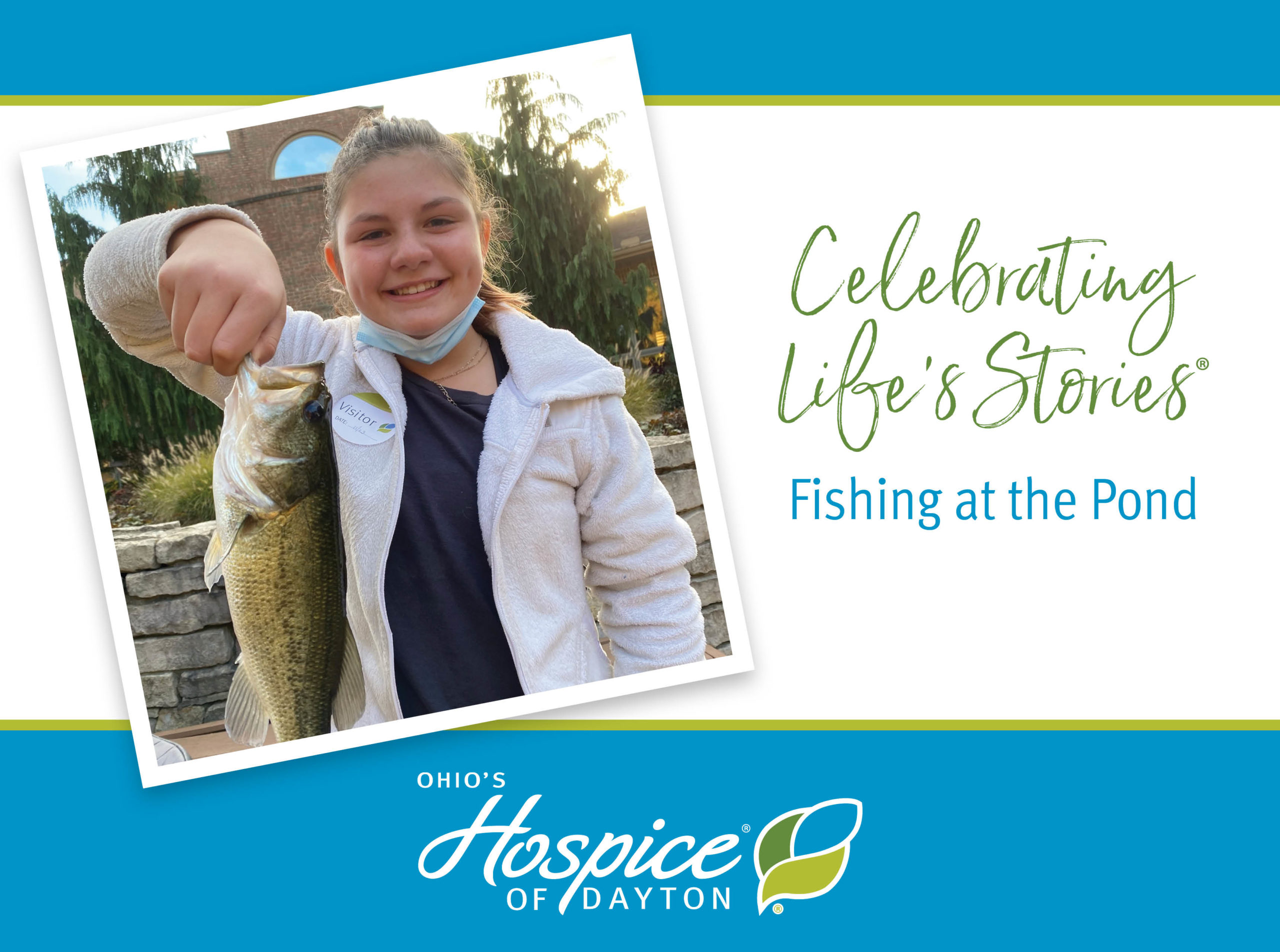 When Don Harmon, a patient of Ohio’s Hospice of Dayton, was in the Hospice House, his grandchildren found comfort in fishing at the pond.

“The whole family was completely devastated seeing their Pawpaw that way when he took a turn for the worst. When the social services worker came in and said they had fishing poles, it was just what the kids needed at that moment,” said Barb Harmon, Don’s wife. “The kids wanted to be there, but it was hard. It was the first experience with someone close to them dying and they all took it in their own way and had the space to say what they needed and go where they needed to go.”

Adriana, Gino, and Nico Mauro, three of Don and Barb’s grandchildren, went outside the window of their grandfather’s room at the Hospice House at Ohio’s Hospice of Dayton to the pond and were able to spend a sunny afternoon fishing for the biggest fish.

“We didn’t fish much with Pawpaw, but I like to fish, and it was a nice, big pond,” Adriana said. “It was cool to be able to go out and do that while we were there.”

Stephanie Mauro, Adriana’s mother and Don’s daughter, said her oldest son usually catches the big ones so it was a special moment for Adriana to get the big one that day.

“I was overwhelmed with the care and concern of every staff member at Ohio’s Hospice of Dayton. I cannot say enough about the care he received and that we received as a family,” Barb said. “We have a large family, and it was challenging with COVID-19 restrictions. There was beautiful weather the whole week Don was in the Hospice House. The setting was truly instrumental for our family to be able to be at peace with nature.”

Don was in the Hospice House for nine days following a stroke. His family expressed great appreciation for the care and attention shown to Don and family members by each member of the care team.

“Everyone at the Hospice House was understanding and welcoming,” Stephanie said. “We don’t deal with those feelings every day, and they really helped us navigate every day. They were so calming through the transition.”

“We were given such grace from Hospice, and we really appreciated it,” Barb said. “They had arms to hold us and hugs to give us. They have a calling, and you can really tell from how all of them care for patients and families.”