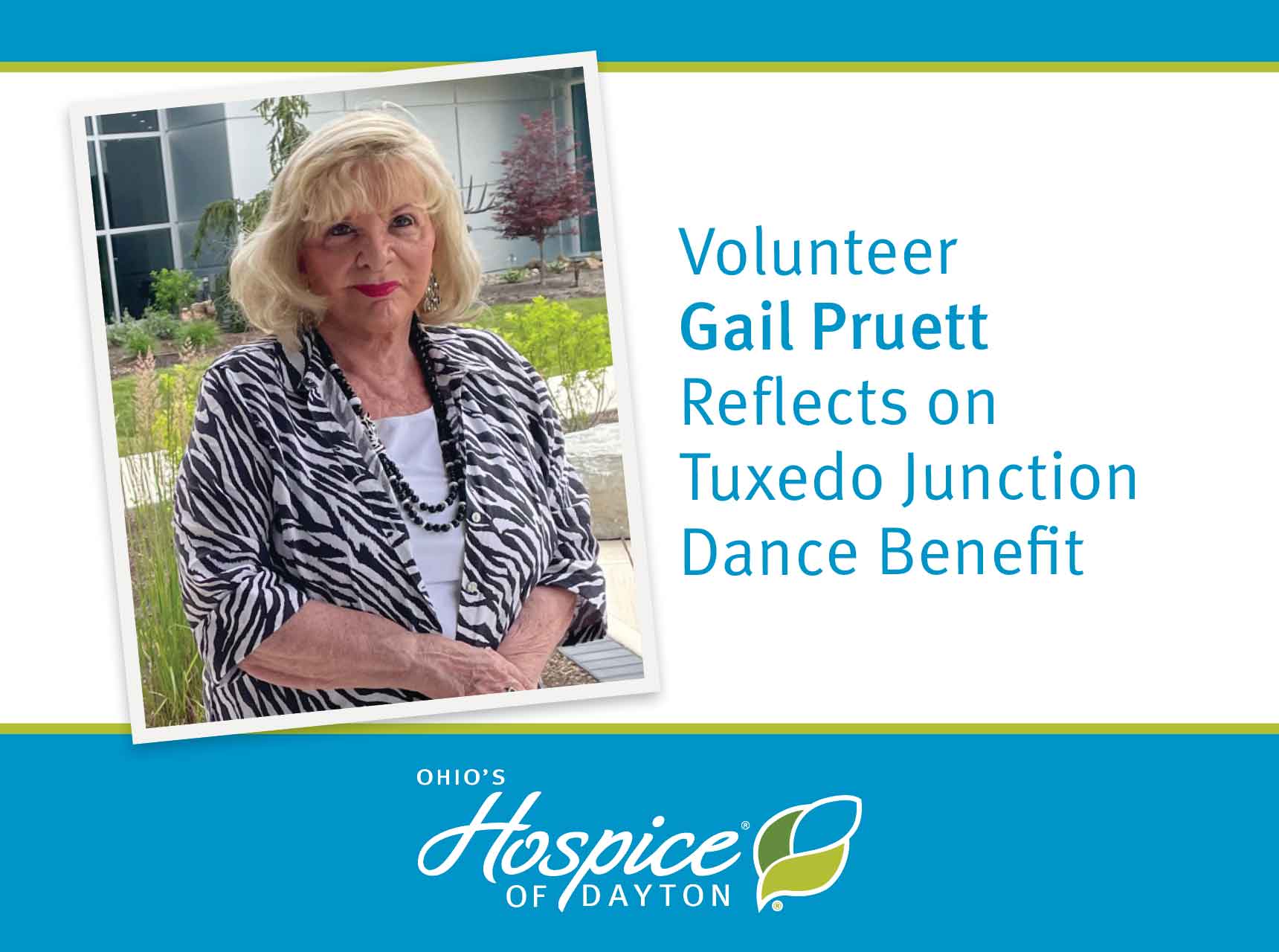 Pruett’s love for dancing sparked the idea for the benefit, which raised more than $49,000 for Ohio’s Hospice of Dayton. The event was held on Oct. 11, 2006, at Skateworld of Kettering in October 2006. As a friend of the conductor of the Glenn Miller Orchestra, Pruett secured the orchestra to visit Dayton and play at the event.

A dance teacher and studio owner, Pruett taught dance — tap, ballet and jazz — for 36 years in Phoenix and Dayton. She also taught tap dance for eight years at Wright State University. She was a hostess, dance teacher and a DJ at the Colony Club, a supper club in Kettering. She attributes many of her dance connections to those years.

“I started dancing when I was three years old, and I quit three years ago,” said Pruett who is now 81 years old. “My mother died at 31, and it was her dream for me to be a dancer.”

For “Tuxedo Junction,” Pruett created an extensive marketing campaign for the event, raising funds from local donors, sponsors and businesses. The event was advertised on area TV and radio stations and in local newspapers.

The semi-formal event transformed Skateworld into a beautiful ballroom from the 1940s with black curtains and spotlights. A red-carpet entry with fountains outside welcomed attendees. The Glenn Miller Orchestra provided live music.

The event also featured a silent auction and hors d’oeuvres. Dale Huffman, a former columnist with the Dayton Daily News, was the emcee. More than 200 people attended the event.

She expressed appreciation to the late Jon Poelking and Brenda Humfleet of the Hospice of Dayton Foundation, for their help in organizing the event. She also is grateful to Winifred Doersam, who designed the programs and helped Pruett with the event.

Ohio’s Hospice of Dayton appreciates Pruett for volunteering her time and talents to raise funds for patient care and services.

“We’re grateful to Gail Pruett for her vision, dedication and support of our mission,” said Lori Poelking-Igel, president of the Ohio’s Hospice Foundation. “Her vision benefited our patients and families. We thank her for dedicating her time and talents to Ohio’s Hospice of Dayton.”