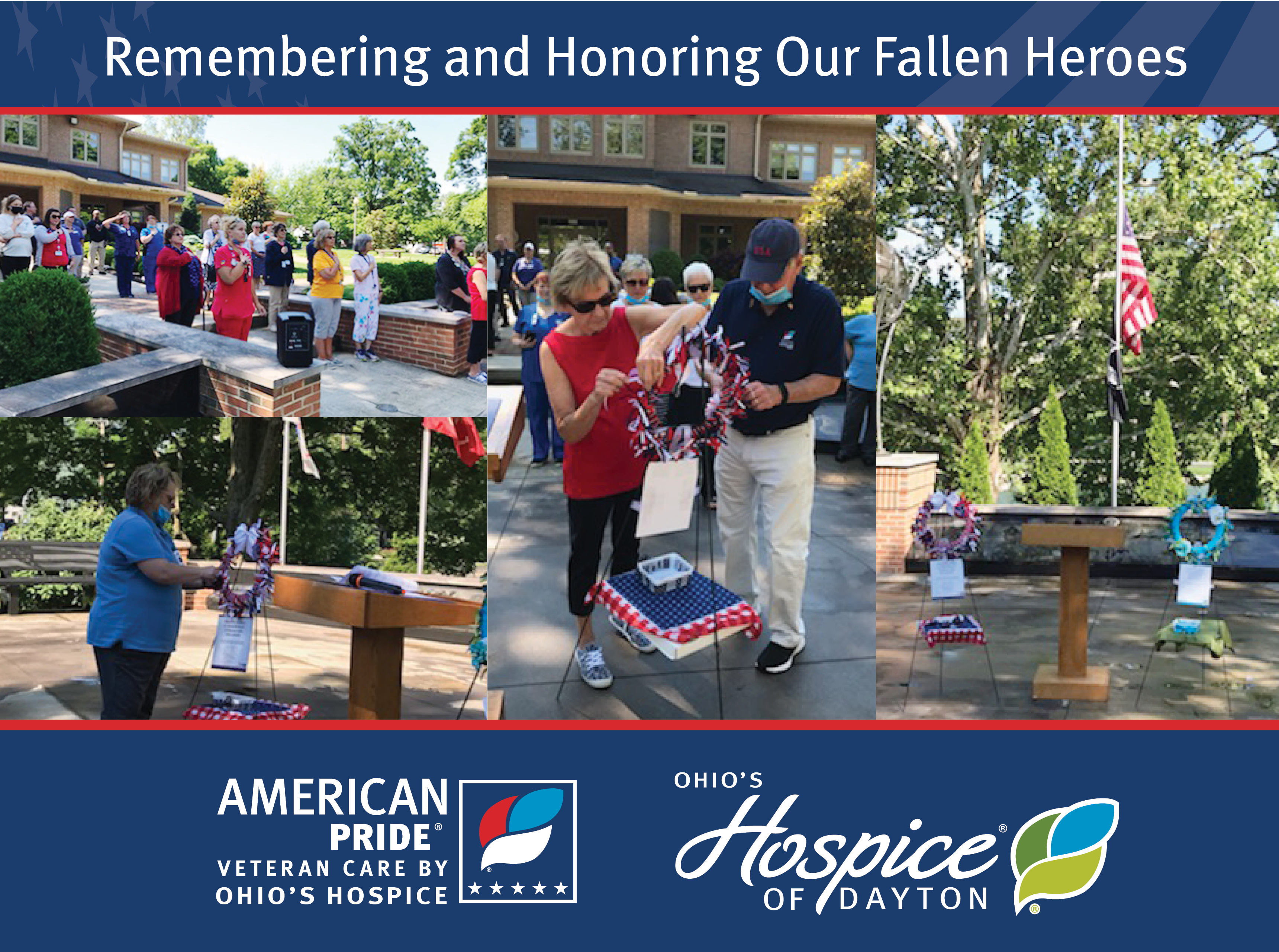 The prayer service also included a reading of the poem, “A Poetic Tribute to All the American War Veterans,” from Ohio’s Hospice of Dayton Veteran volunteers, Laura Romesburg, and the playing of the song, “Taps,” from the Bell Tower.

The prayer service featured two wreaths to serve as a memorial to the servicemen and servicewomen who sacrificed their lives while serving the nation. Attendees were given ribbons to tie onto the wreaths.

“It is important that we take time to honor and reflect on those who gave their lives as a sacrifice to our country,” said Maureen Swarts, manager of volunteer services at Ohio’s Hospice of Dayton. “Through this event, we are able to salute and pay tribute to the men and women who have died while serving in the United States armed forces.”

Ohio’s Hospice of Dayton, an affiliate of Ohio’s Hospice, is a not-for-profit hospice provider. Since 1978, it has served patients and families in the Dayton region in their homes, extended care and assisted living facilities, and the Hospice House location in Dayton. Grief support services are available to the entire community through the Pathways of Hope Grief Counseling Center. Ohio’s Hospice of Dayton serves more than 1,000 patients and families daily, achieving national recognition for innovative services and outstanding care.