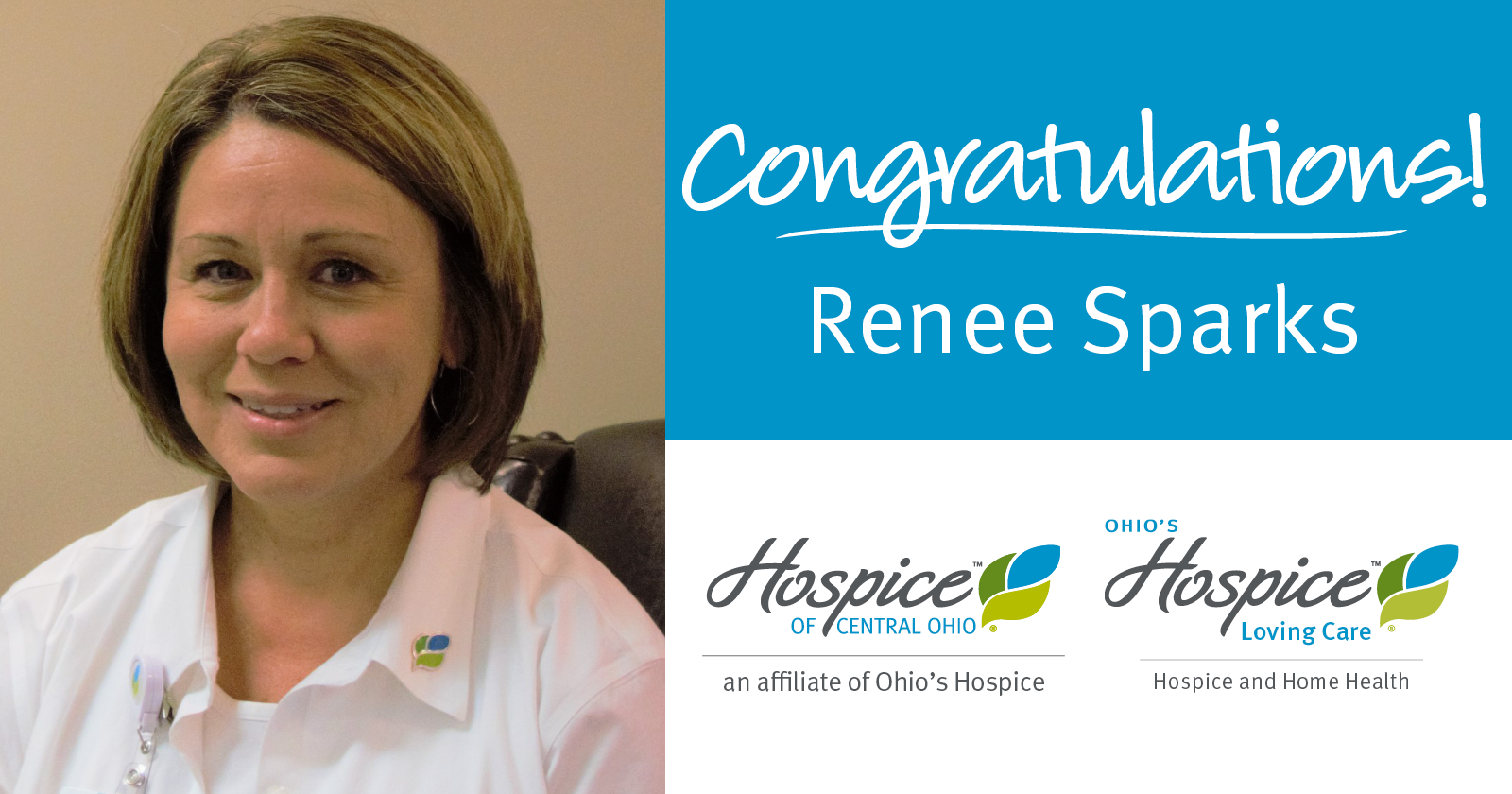 “It is an honor and privilege to lead Hospice of Central Ohio and Ohio’s Hospice Loving Care,” Sparks said. “Our mission is to celebrate the lives of those we have the privilege of serving by providing superior care and superior services to each patient and family.”

Before being named to her new role, Sparks served as the vice president of Clinical Services for Hospice of Central Ohio for the past four years. During this time, she led the organization to achieve deemed status with The Joint Commission. Under her leadership, the palliative program at Hospice of Central Ohio also became Joint-Commission certified. She was instrumental in the affiliation with Ohio’s Hospice as well as leading the opening of the inpatient care center at The Ohio State University Wexner Medical Center.

An affiliate of Ohio’s Hospice, Hospice of Central Ohio has provided a holistic, community-based approach to hospice care since 1982. With locations in Newark, Columbus, Lancaster and Zanesville, the not-for-profit organization serves nine counties in central Ohio and is dedicated to supporting the physical, emotional and spiritual needs of patients and families facing life-limiting illnesses. In addition, two inpatient care centers at Licking Memorial Hospital and The Ohio State University Wexner Medical Center are available for symptom management.

Ohio’s Hospice Loving Care is an affiliate of Ohio’s Hospice. Based in London and Marysville, Ohio’s Hospice Loving Care began in 1993 as a grass-roots organization to provide hospice services to patients and their families in Union and Madison counties. It also provides home health care services in Madison County. The not-for-profit hospice helps patients to live with dignity, comfort and control by establishing goals for a better quality of life. The hospice team serves patients wherever the patient calls home, involving patients and family in choices and decisions.